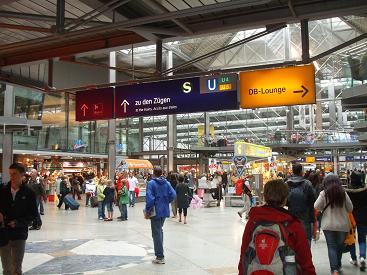 Hauptbahnhof is a terminus railway station located in central Munich. Every day 300.000 – 450.000 passengers use the station which makes it one of the busiest train stations in Germany. In German language, Hauptbahnhof means ‘main railway station’.

Distance to Marienplatz (the heart of Munich) is a bit more than 1km.
At Central Station are several stops of the S-bahn (fast suburb train) and U-bahn (underground/metro).
– to Marienplatz: S1, S2, S3, S4 and S8
– to Ostbahnhof: S1, S2, S3, S4 and S8
– to Trade Fair Centre (Munich Messe): U2 metro, stop at terminus station “Messestadt West”
– to Oktoberfest Beer Festival: first travel with the S-bahn to “Karlsplatz” (just 1 stop) and then swith to the U4 metro to “Theresienwiese” (also 1 stop). 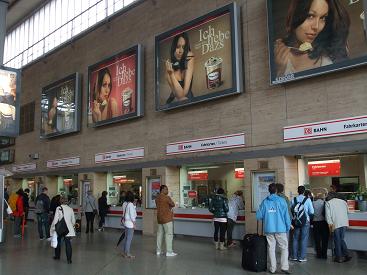 A 3-day pass with the metro/suburb-train/tram cost €14. A family pass for 3 days is €22. A short single trip is €1.40. Tickets are sold from one of the ticket vending machines on the wall of the underground station. Those machines have 5 or 7 languages. A creditcard/cash is not required to buy tickets. 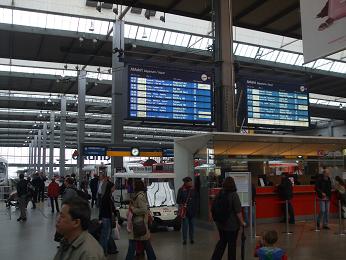